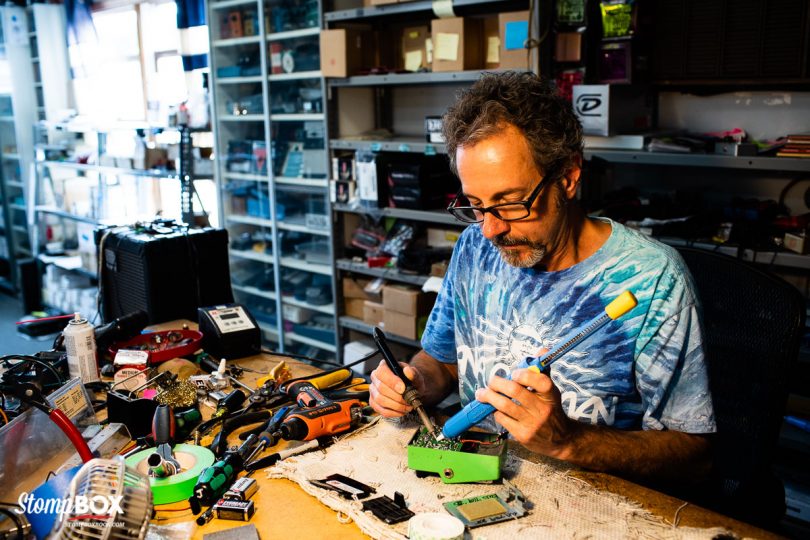 AnalogMan, based in southern Connecticut, was boutique before boutique was a thing. The company’s products are handmade, and their core business is clones, updates, and revisions of classic pedals. As the name implies, almost their entire catalog is analog—they also eschew surface mount in favor of through-hole, prefer old-school leaded solder, and when possible, rely on stashes of new old stock circuits as opposed to more modern components. Their pedals are also made-to-order, so nearly every purchase is a one-of-a-kind custom design.

Mike Piera, better known as Analog Mike, launched the company back in the days of Usenet and early email (he still has an aol address up on his site). His first project was a popular Tube Screamer mod, followed by a clone of the Electro Harmonix Small Clone chorus. In 2000, AnalogMan became his full time job, and in addition to mods and clones, he began selling original pedals as well. But despite his company’s growth, longevity, and loyal following, it’s still a low-key operation.

“We’ve got several people working here depending on the day,” Piera says. “We also have other people who work at outside locations and either send me circuit boards or bring completed pedals. We don’t have to manage them. They do the work on their own time and bring the things in for us to either ship or final assemble here.”

Piera spoke with us about AnalogMan’s trailblazing history, his never-ending search for discontinued exotic chips, and why he started using what he calls, “Twinkie-sized,” enclosures.